After adding a little purchased bling, the car is mostly behind me now. 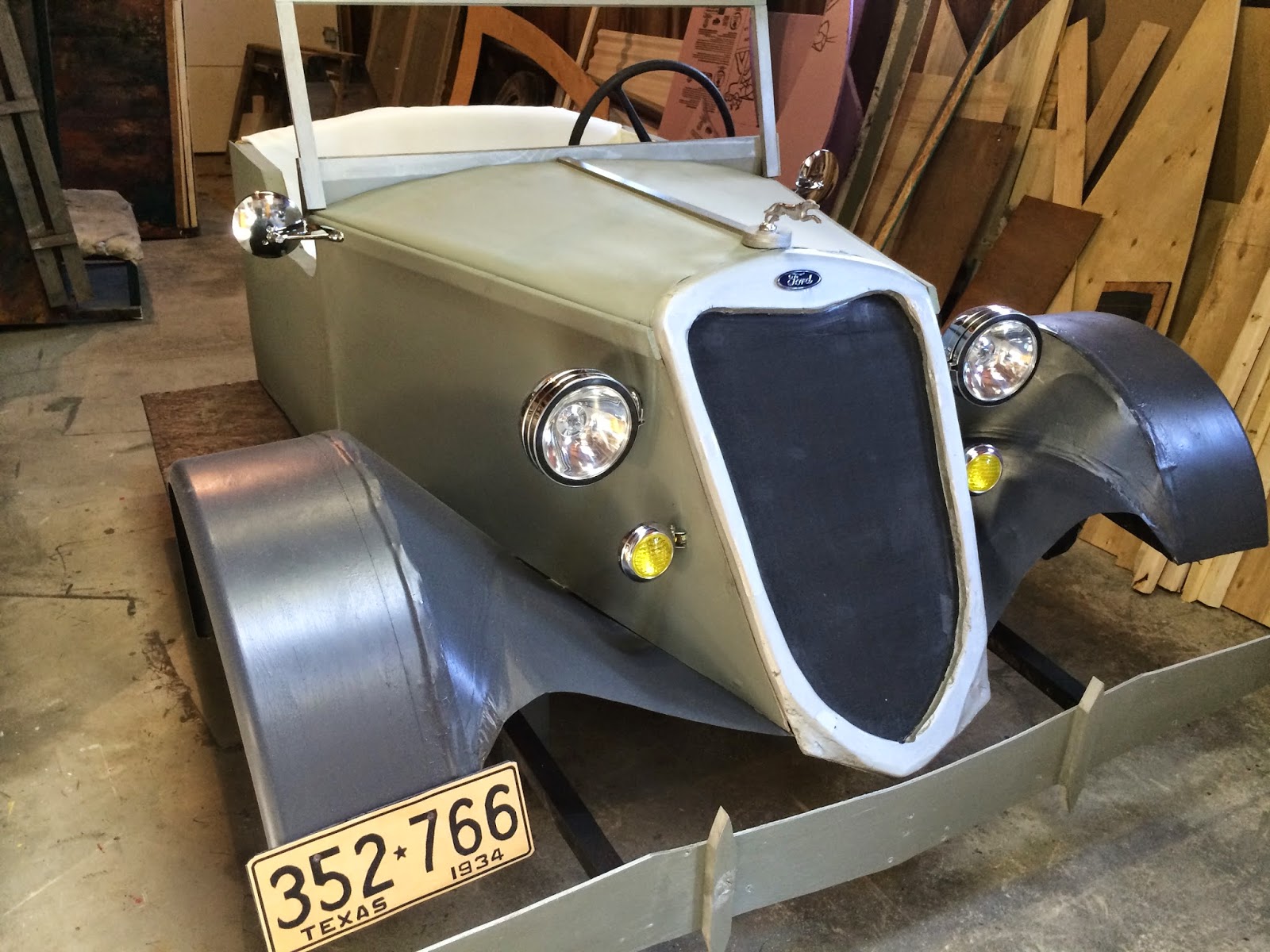 It has all of it's chrome and sparkle.  I think that I won't do anymore to it until I move it into the theater and reassemble it. 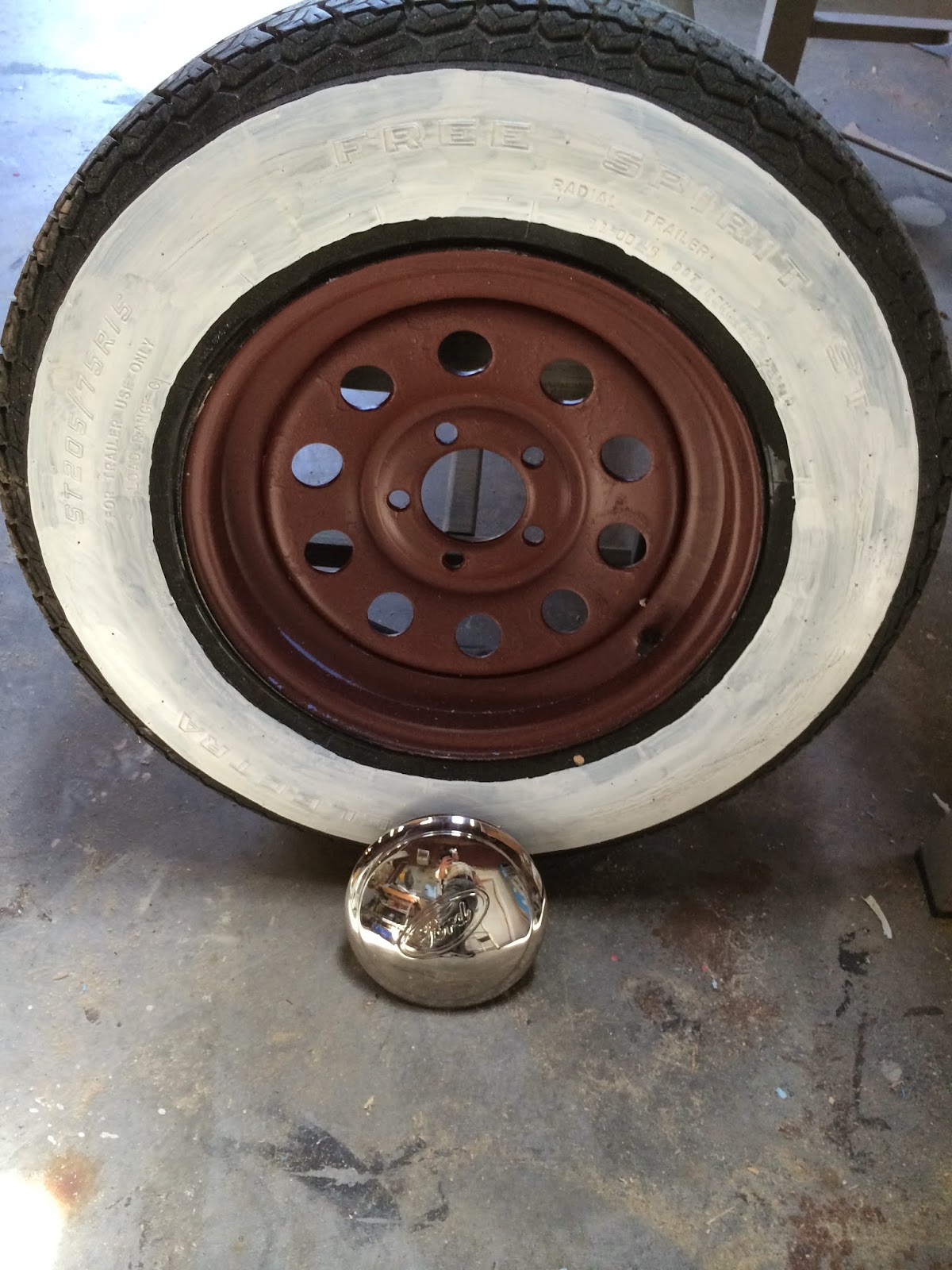 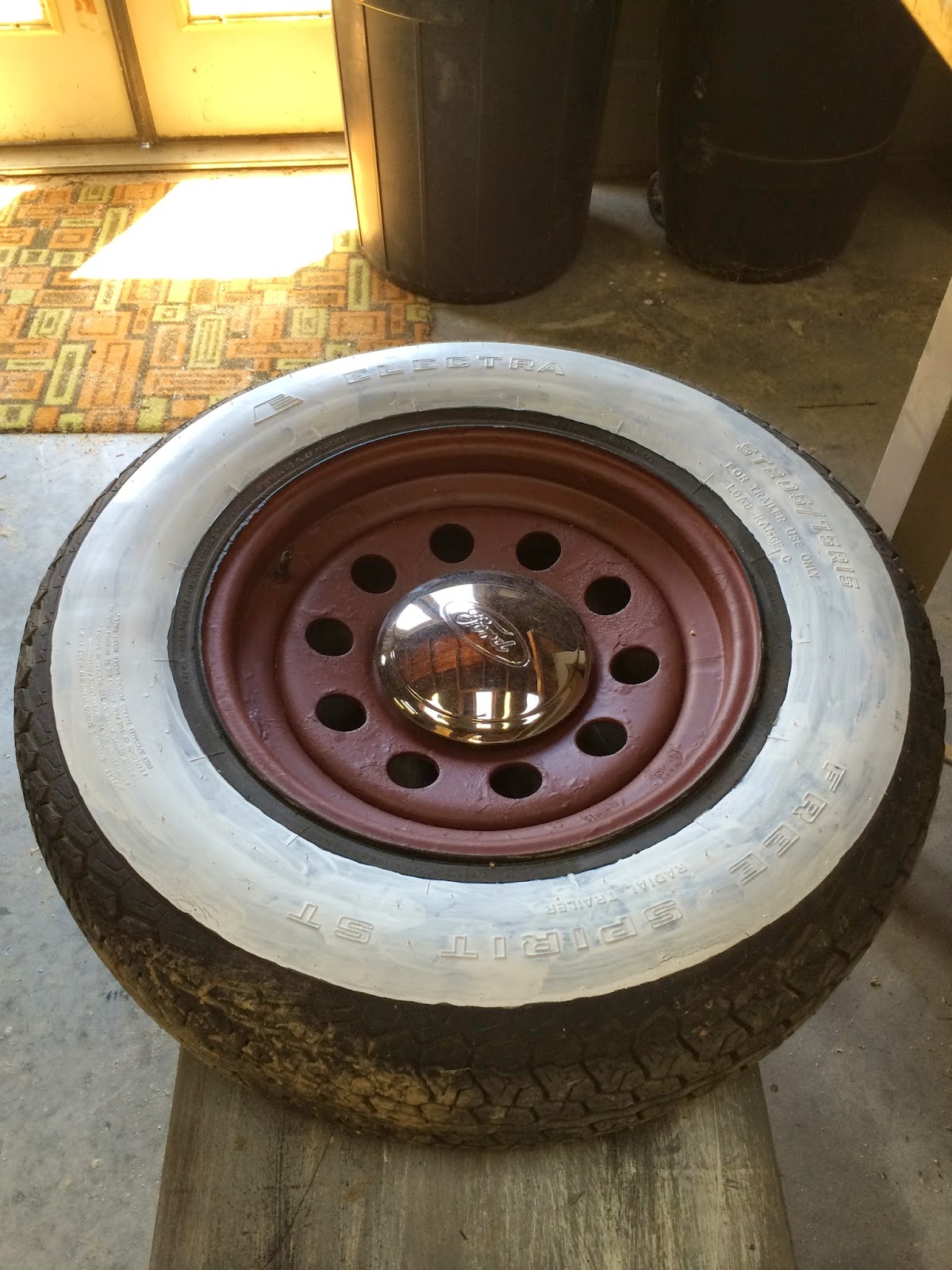 I have to figure out a way to hold the hubcaps on after I mount the wheels on.  The hubcaps that I found are from a real 1934 Ford. The steel wheels are from a late-model trailer.  The two do not exactly fit together and snap in.  But, from off-stage, they should look cool.
For the jail, I will repurpose the brick walls from RENT with a new door and fresh "old" paint. Then add jail bars. The bank facade and another piece have been salvaged from another show that I recently did and will get reworked.  For the bank, I will add a lit bank clock.  For the other piece, a barber pole and perhaps a general store sign.  These will give me some of the character of the places that we are representing.  Fortunately, by repurposing previously built pieces, I can limit how much I have to build. That leaves me with one fairly large component that needs to be made yet.  I need to tackle the Barrow Star Filling Station.  It was a Texaco franchise and a very typical, 1930's Route 66 type of structure; single room building with a tin-roof canopy and old-fashioned gas pump.  For my production of Grapes of Wrath in 2010, one of the cast members made an old pump but no one knows what happened to it. So, my next task was to set about building another. 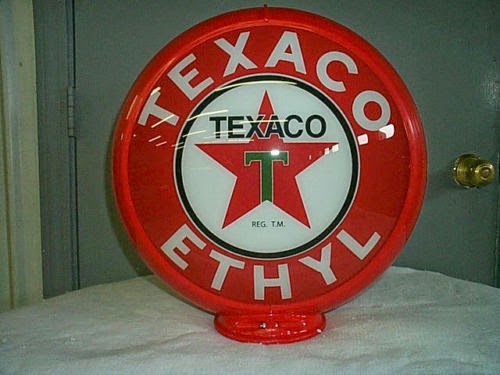 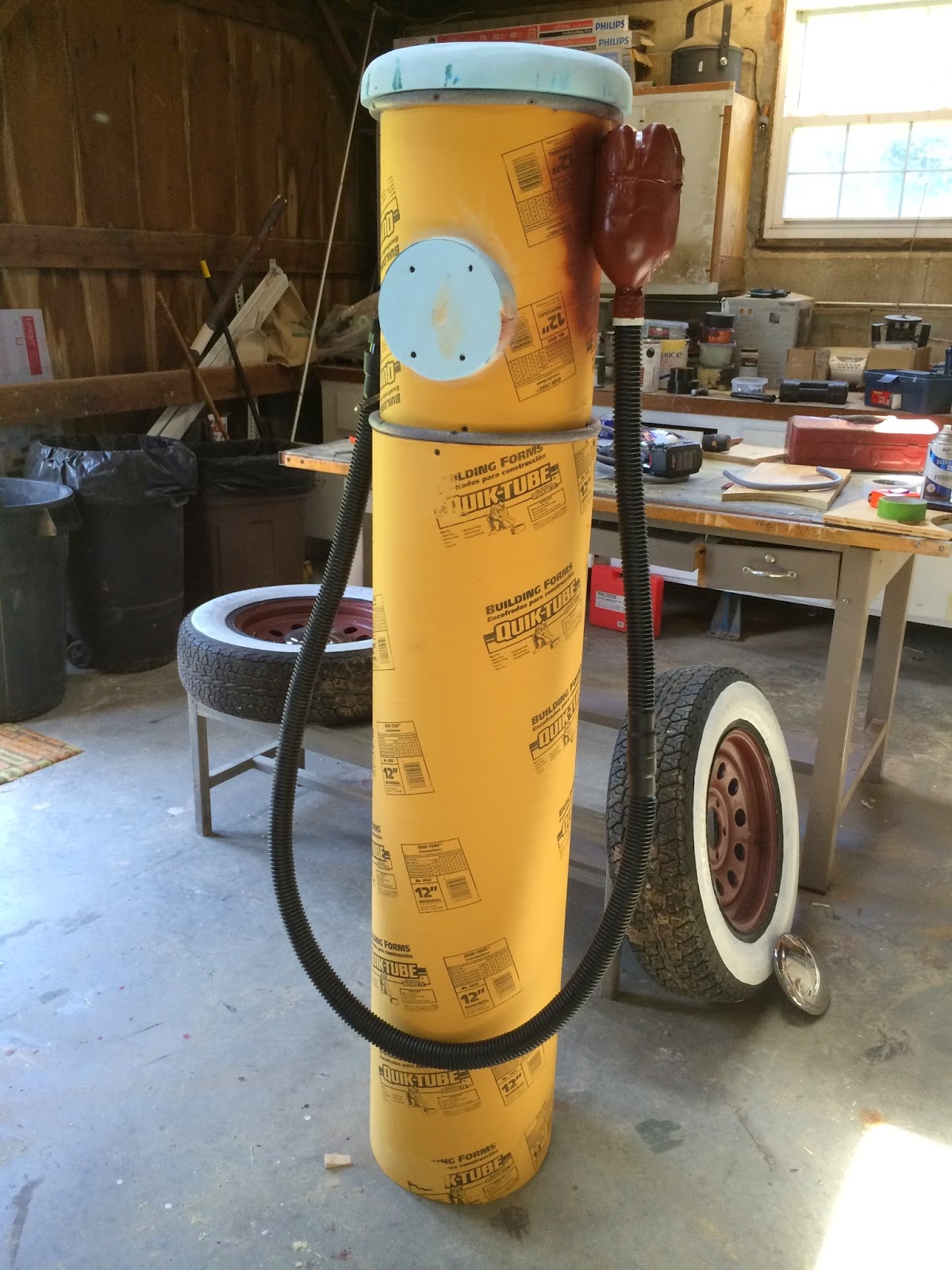 With some 12" sonotube concrete forms, it is a pretty easy task.  Tuesday evening, Melanie and I fit plywood discs into the ends of a 4' length of tube and a 16" length of tube.  A cap of 2" styrofoam on top and a 6" diameter disc of foam for the dial form the geometry of the pump.  I added a modified 2-liter soda bottle for the fuel filter and a piece of sump pump hose for the hose.  I will paint it on Thursday and then add the finishing touches.  On eBay, I found a plastic reproduction of the lit globe that used to go on top of the old pumps. I also found a self-adhesive decal for the front of the pump and an aluminum nozzle that is old enough that most people won't know the difference.

The next part is to create the front "canopy" of the gas station.  I will spend a little time over the next day or two deciding what to build and designing the details.  Scott has already asked if we could  have the Coca Cola sign on the roof.


I'll put together a design and then Melanie and I can tackle the gas station on Thursday and this weekend.
R